Nowlin – The Family Business Made of Steel 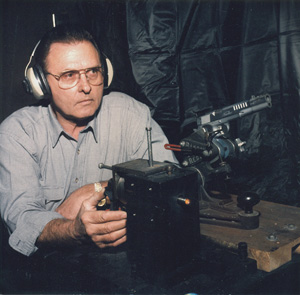 “I only want to produce the best!  Our quest for excellence is never ending.”   John Nowlin, Sr.

WHO ARE WE?  Nowlin Arms, Inc. is a company under ownership of John Nowlin Sr.’s oldest daughter, Angela Reagan, and her husband Jerry Reagan, Jr.  Angela is carrying on her father’s legacy of producing quality 1911 pistols, barrels and parts.  Angela retired as a Deputy Warden from the Oklahoma Department of Corrections. She brings to the company 22 years experience in law enforcement.  She has a Bachelor’s Degree in Business Management.  Jerry is a Captain with the Oklahoma Highway Patrol.  He graduated from Oklahoma State University with a Bachelor’s Degree in Agronomy.  Their son, Jerad Reagan, has a degree in Manufacturing Engineering from OSU and provides consulting services.

OUR BACKGROUND?  In a market flooded by inferior 1911 Auto parts, John Nowlin Sr. established himself as one of the top manufacturers of quality pistols, barrels, parts and tools for the 1911 Auto.  Success was attributed to his passion to design and build “the best” 1911 Auto parts available. During this time John and his family were shooting competitively and he wanted to gain the competitive edge, which they soon did.  It wasn’t long before top shooters began seeking John’s knowledge and products in order to place them in the winning circle.  He also became an honored member of the American Pistolsmith’s Guild and served as a mentor to many well-known names in the shooting industry.

Over the years, John Nowlin, Sr., his children and sponsored shooters enjoyed considerable success as competitors competing in USPSA, Bianchi Cup, and IDPA events at the local, national and world level.  John’s custom pistols enjoyed more victories and created more champions than any custom shop in the 90’s.  He understood what professional shooters wanted and needed to win and developed  products to meet those strict standards.

His line of parts, gunsmithing tools and fixtures set the new standard in customizing the 1911 auto.  The E.C.M. “Electro Cathode Machined,” rifled pistol barrel rewrote the record book on accuracy.

WHERE WE ARE TODAY?  True to the early success and tradition, we use the latest technologies and and other cutting-edge methods.  Materials purchased are to the highest industry standards and heat treating is meticulously certified.   There is no substitute for inspection and all parts are carefully gauged for proper fit and function.

As a valued customer, your satisfaction and our pledge to you of maintaining quality service and products will remain our top priority.

All our parts and products are proudly made in the USA. 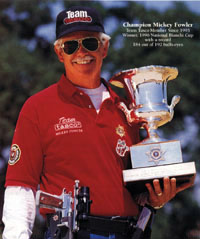 We must be doing something right. Championship level shooters use Nowlin barrels.  The FBI has specified our barrels for their SWAT team 1911’s. The U.S. Marine Corps used our barrels and other parts in the MEU-SOC 1911’s in service with elite units.  You can count on us.